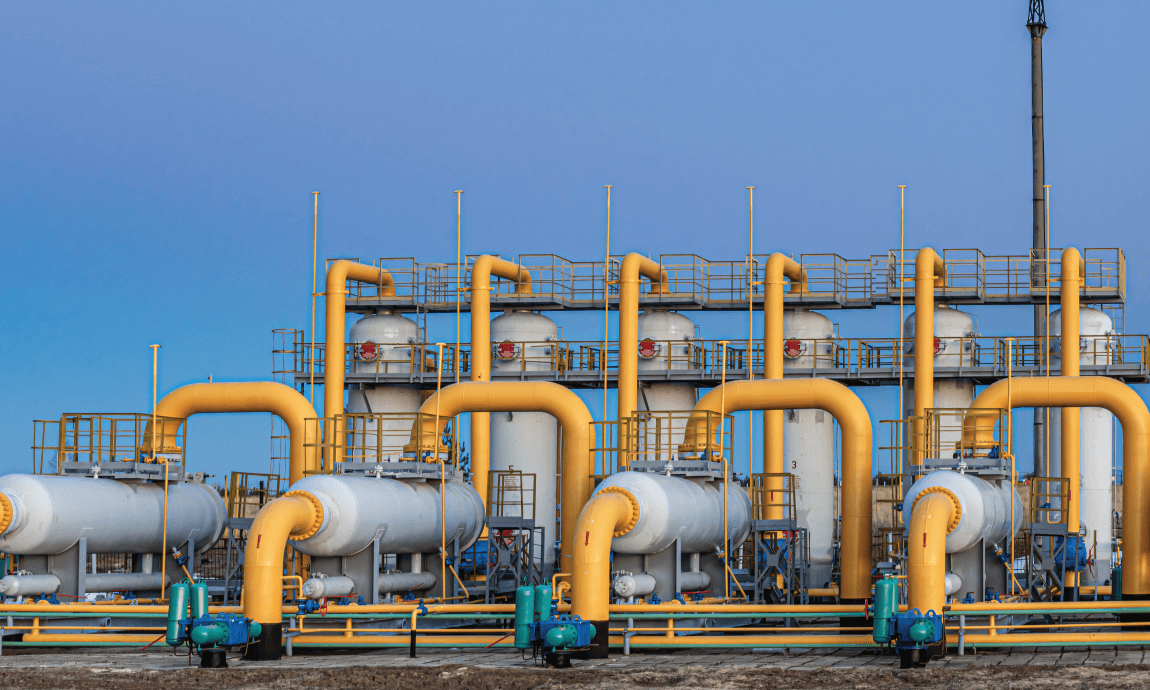 The decision from the German regulator coupled with the lower-than-normal gas supplies from Gazprom to Western Europe has resumed the upward bullish momentum of the gas and electricity prices across the world. 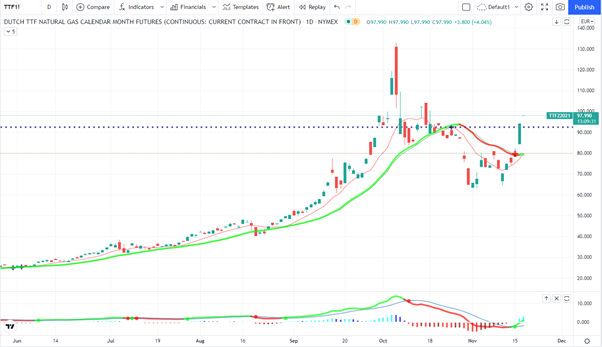 The spot price of the Asia-Pacific LNG benchmark “JKM” surpassed the $38/MMBtu mark, supported from the European gas hub prices, the lower winter temperatures forecast in China and South Korea, as well as concerns over a power shortage in China were sparking spot demand for winter cargoes by end-users.


Temporary suspension of the project:

The German regulator said it could not proceed with certification of the controversial pipeline because Nord Stream 2 AG, the Gazprom-controlled company which owns the pipeline, is registered in Switzerland, not Germany.

Additionally, the energy regulator said the Swiss-based consortium needs to form a company under German law to secure an operating licence, and the certification procedure will remain suspended until the main assets and human resources have been transferred to the German-based subsidiary.

As a result, Nord Stream 2 AG has decided to establish a subsidiary under German law to become the owner and operator of the German section of the pipeline and comply with the local law.

Overall, the certification delay is the latest setback for Nord Stream 2, which has been beset with delays and hold-ups in recent years amid escalating tensions between Russia and the West.

According to Russia's state-owned Gazprom website, the notorious Nord Stream 2 gas pipeline runs from the Slavyanskaya compressor station near Ust-Luga port close to St. Petersburg city, Russia, and Estonian border along the bottom of the Baltic Sea to Greifswald in Germany, covering a 1,225km subsea length alongside the existing Nord Stream 1 gas link.

In September 2021, after 5-year of construction, the Nord Stream 2 project was fully completed according to Gazprom, at a total cost of approx. €11 bn. 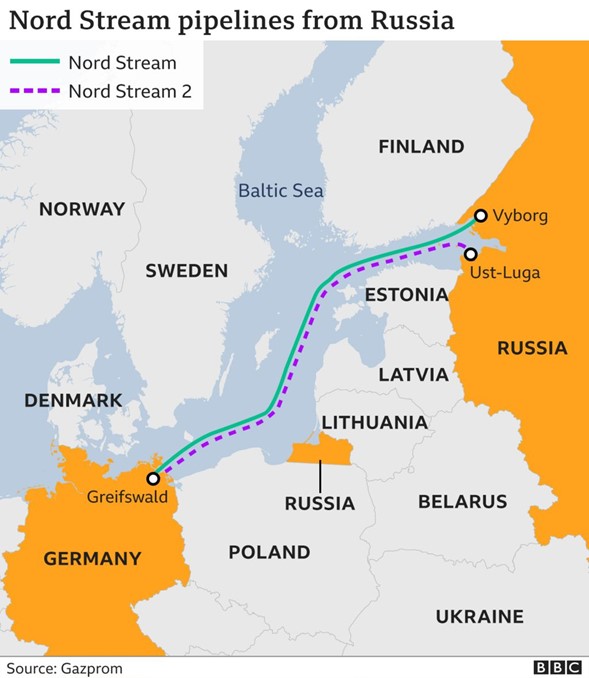 The decision to build Nord Stream 2 was based on the successful experience in building and operating the Nord Stream 1 gas pipeline. The new pipeline, like the one in operation, will establish a direct link between Gazprom and the European consumers, doubling the supply of Russian gas to Europe.

The German regulator’s move came at a very bad timing for the energy market, since the natural gas in European storage is at about 74% of capacity compared to the five-year average of 91% of this time of the year.

Energy traders worry that we could see much higher electricity prices ahead of winter heating season since the global market faces the “perfect storm” of increasing energy demand coupled with falling temperatures, lower-than-expected gas supplies from Russia via the Yamal-Europe onshore pipeline, and unexpected hurricane-led supply disruptions.

The controversial Nord Stream 2 project has faced several oppositions mainly from Ukraine, the U.S., and other European countries including France, Poland, and the Baltic States, arguing that the pipeline will increase Europe’s and Germany’s energy dependence on Russia.

The Ukrainian presidency opposed Nord Stream 2, describing it as a "dangerous geopolitical weapon" which threatens Ukraine’s security, while German Chancellor Angela Merkel warned Russia for further sanctions if it used the pipeline against Ukraine.

Running under the Baltic Sea, Nord Stream 2 will double Russia’s gas exports to Germany, but it will also circumvent Ukraine, which relies on existing pipelines for income and would be hard-hit by the loss of transit fees.

Ukraine concerns about what would happen in three years when the contract to deliver Russian gas through Ukrainian pipelines runs out since the loss of billions of dollars in transit fees would hit Ukraine's economy hard.

Furthermore, Ukraine fears that the Russian-led Nord Stream 2 gas pipeline will tighten Moscow's grip over the region's energy supply and strengthen its influence.

Some transit countries such as Ukraine, Poland, Belarus, Slovakia, and the Czech Republic are concerned that a long-term plan of Russia is to attempt to exert political influence on them by threatening their gas supply without affecting supplies to Western Europe, achieving it by exporting gas through Nord Stream 2.

Finally, the new pipeline has been heavily criticized by German environmentalist groups, arguing that it is incompatible with Germany's emissions goals in the battle against man-made climate change.