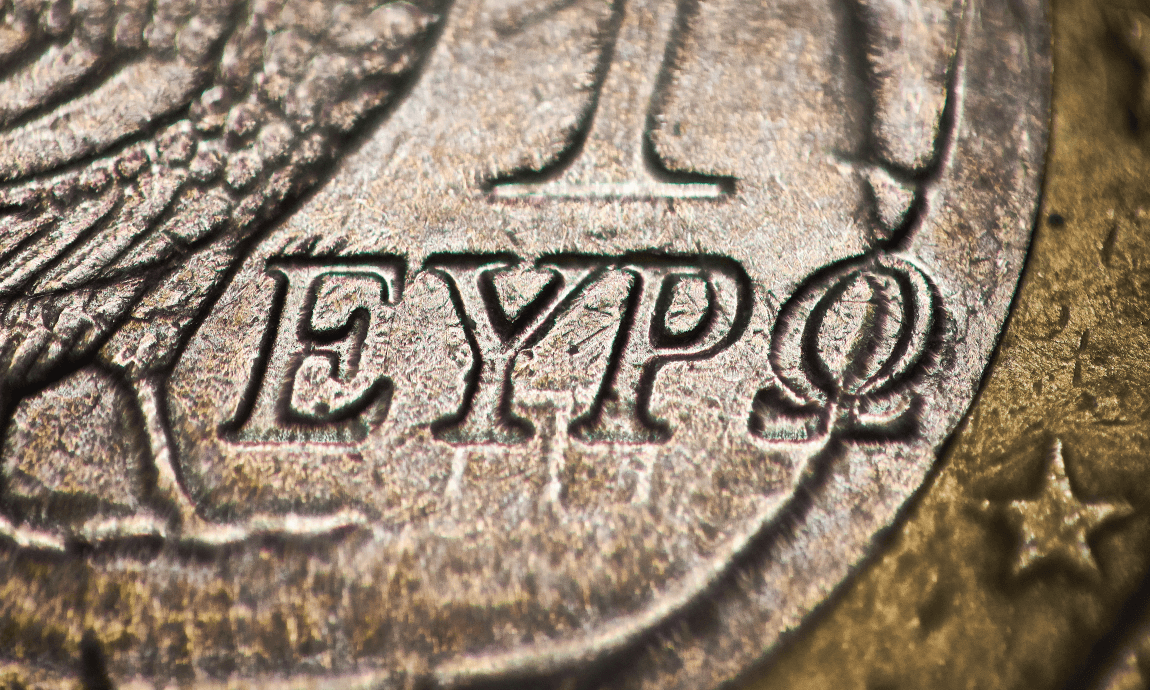 The common currency has dropped below $1,12 for the first time since July 2020, following the monetary divergence between the Fed and ECB, the gloomy economic outlook in Germany, the worsening Europe Covid-19 situation, and the surging U.S. dollar and Treasury yields.

The EUR/USD pair has been following a downward trajectory since the half of the year, falling from the yearly highs of $1,23 to $1,12 as the monetary policy divergence between the Federal Reserve and the European Central Bank amid surging inflation favouring the greenback over the Euro.

EUR/USD pair fell to as low as $1,118 yesterday after German business sentiment data for November was 96,5 vs 96,6 market expectations, falling for a fifth straight month amid supply disruptions in manufacturing and surging Covid cases and deaths in the country, increasing the concerns for the outlook of the largest economy in the Eurozone. 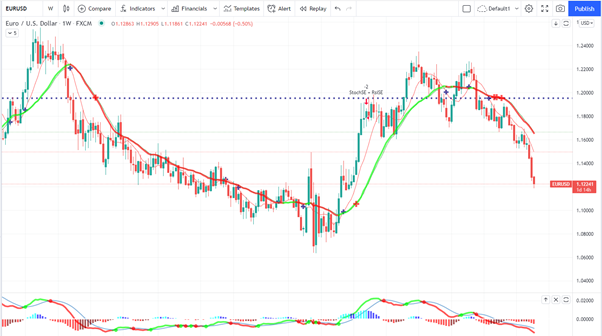 Traders turned sellers on the common currency on growing worries over the impact of surging Covid-19 cases in Europe, with Austria reimposing a full lockdown on Monday, while some other countries such as Germany, Netherlands, Ireland, and Greece have reintroduced stricter measures to tackle rising infections.

European Central Bank President Christine Lagarde has reiterated many times that the bank will stick to its supporting ultra-easing monetary policies despite the surging inflation rates in Eurozone amid higher energy prices and supply disruptions.

Lagarde repeated that conditions for a rate hike in 2022 are "very unlikely" to be met but said she could not make a similar commitment for the following year.

Furthermore, the traders await the release of the minutes from the European Central Bank’s Oct. 28 meeting later today, looking for any comments about inflation, the Eurozone’s financial conditions, and rate hikes.

The U.S. dollar has been in an upward bullish momentum since summer as investors are pricing in the scenario for one or two rate hikes by Federal Reserve in 2022 together with the speed up of the elimination of the Fed’s bond-buying program.

The DXY index which measures the U.S. dollar against six major peers, climbed to near 97 yesterday, hitting its highest level in 17 months, supported by the hawkish Fed and the soaring 10-year Treasury yields that topped 1,70% level. 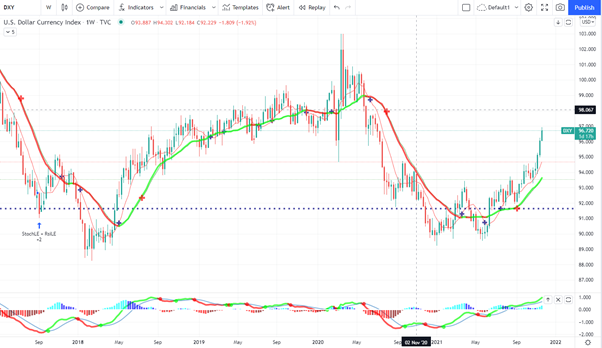 Forex traders have become bullish on the greenback as they believe that Fed will start hiking rates more quickly in States than in other major economies such as the EU and Japan.

On top of that, minutes released yesterday from the U.S. Federal Reserve’s November meeting showed that many central bankers have expressed concerns over surging inflation, and they are willing to speed up the taper of their $120b per month bond-buying program and move more quickly to raise interest rates if inflation remains high.

Hence, the dollar is getting stronger following the better-than-expected economic data in the country. The U.S. weekly jobless claims fell to a 52-year low yesterday, the consumer spending is soaring, and the Q3 GDP growth has been revised higher.