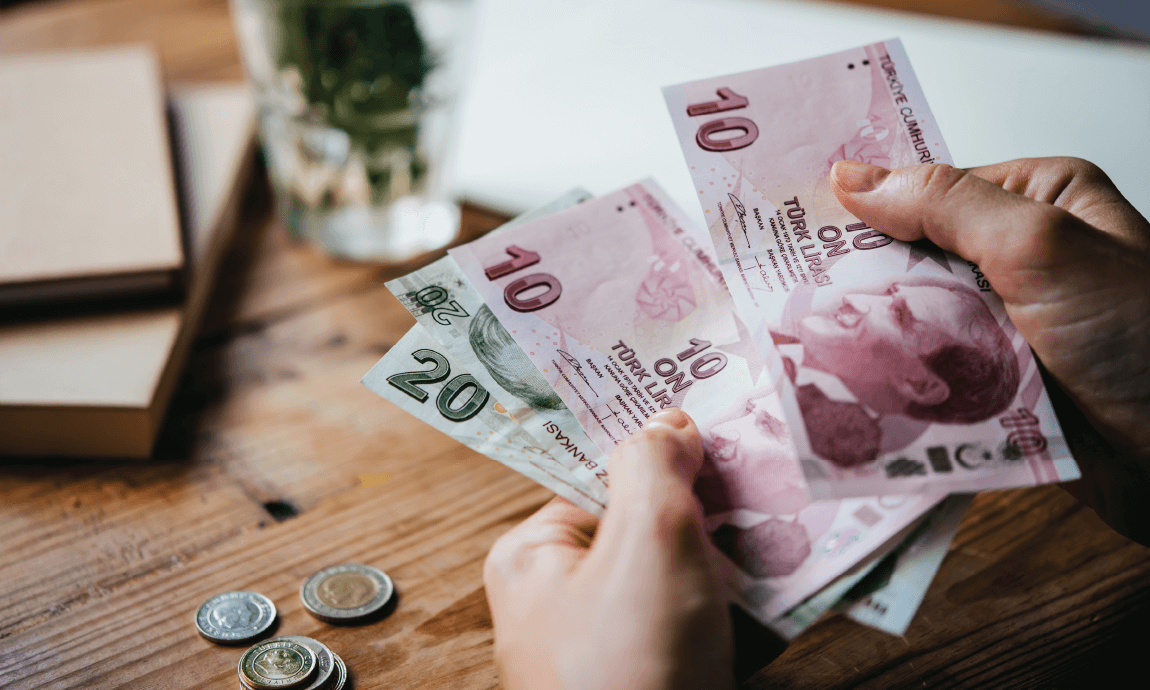 The high-yielding Turkish Lira has been experiencing heavy selling pressure across the board over growing concerns of Turkey-USA relations, coupled with the unorthodox monetary policies by President Erdogan, fear for pre-mature interest rate cuts, and the potential for a new financial crisis in the country.

The currency has lost more than 4% over the last trading sessions after US President Joe Biden recognized the 1915 massacres of approx. 1.5 million Armenians in the Ottoman Empire as a genocide.

Turkey, which is the second-largest army in the NATO alliance and a chronically closed ally with the United States, has rejected Biden’s decision, denying the killings were systematically orchestrated and constitute a genocide.

The declaration came at bad timing, since the relation between the two allies has been damaged recently over geopolitical issues such as the purchase of the Russian S-400 air defence system by Turkey, political differences in the Syrian civil war, and recent US sanctions.

Concerning for another financial crisis in Turkey and the deteriorated inflation outlook, investors have moved away from lira-denominated assets towards harder currencies such as Euro and US dollar, pressuring the Turkish Lira towards record lows against major currencies.

Lira, which is one of the worst emerging-market performers in 2021, depreciates further above the psychological level of 10 against the Euro for the first time, without showing any signs of a slowdown.

Hence, the currency loses further ground against the US dollar, trading near a record high of $8.60 reached on 06 November 2020, despite greenback weakness across the board over the dovish Federal Reserve.

Investors have started losing confidence in Turkey as the economy is free-falling, debts have been elevating to record highs, while the inflation rate skyrocketed beyond 15% in Q1, 2021, and is expected to rise to 18% soon.

The elevating inflation rate depreciates the buying power of the Turkish Lira, forcing the TRY-depositors in the local retail banks to exchange their Liras with harder currencies such as Euro, greenbacks, Bitcoin-cryptocurrencies, or tangible value-assets such as gold and silver.

The rising commodities prices have given a boost in food inflation, causing many problems in the already-poor society ahead of the presidential elections in 2023. The crude oil prices have quadrupled in the last few months in the country, while the prices of industrial commodities such as copper, iron ore, and LNG climbed to multi-year highs.

President Tayyip Erdogan-who is a fan of low-interest rates and a critic of tight monetary policy, has described the interest rates as the “mother and father of all evil”. Erdogan has an unorthodox view of monetary economics, thinking that the higher interest rates cannot solve economic problems, causing only inflation pressure on the economy.

He has publicly criticised the hawkish monetary policies taken by his former central governors who have lifted the key interest rates to 19% in a small period of just 2 years, a move necessary to contain Turkey’s chronically high inflation rate and to support the falling Lira.

Shocking the global markets, President Erdogan fired his hawkish Central bank governor Mr. Naci Agbal on Saturday, March 20, 2021, replacing him with a former ruling AK Party (AKP) lawmaker and critic of tight monetary policy Mr. Sahap Kavcioglu. That was the third replacement of central bankers since 2019, who all resisted the president's growth-at-all-costs policy and low-interest rates.

The former governor-who was appointed less than five months ago-had made the mistake to aggressively raise the policy rate by 875 basis points to 19% two days before his replacement, the highest of any developed or EM economy.

Erdogan’s surprising decision increased the currency and country risk for Turkey, triggering a domino of heavy sales in any TRY-denominated asset or companies exposed to the Turkish economy from the institutional investors.

As a result, markets responded immediately to the unexpected removal, sending the Turkish Lira to as low as 19% against major currencies on Monday, March 22, 2021, posting its worst plunge since the preview’s monetary crisis in 2018. Hence, the Istanbul stock exchange lost 10%, its steepest drop since 2013, while the 10-year Turkey’s bond yields added almost 500 basis points to 19%, the most on record.

Foreign investors have lost their trust in the Lira since Turkey's central bank is no longer functioning independently under Erdogan’s rule, and the rate hikes required to curb inflation are no longer possible with the new “dovish” Central banker.