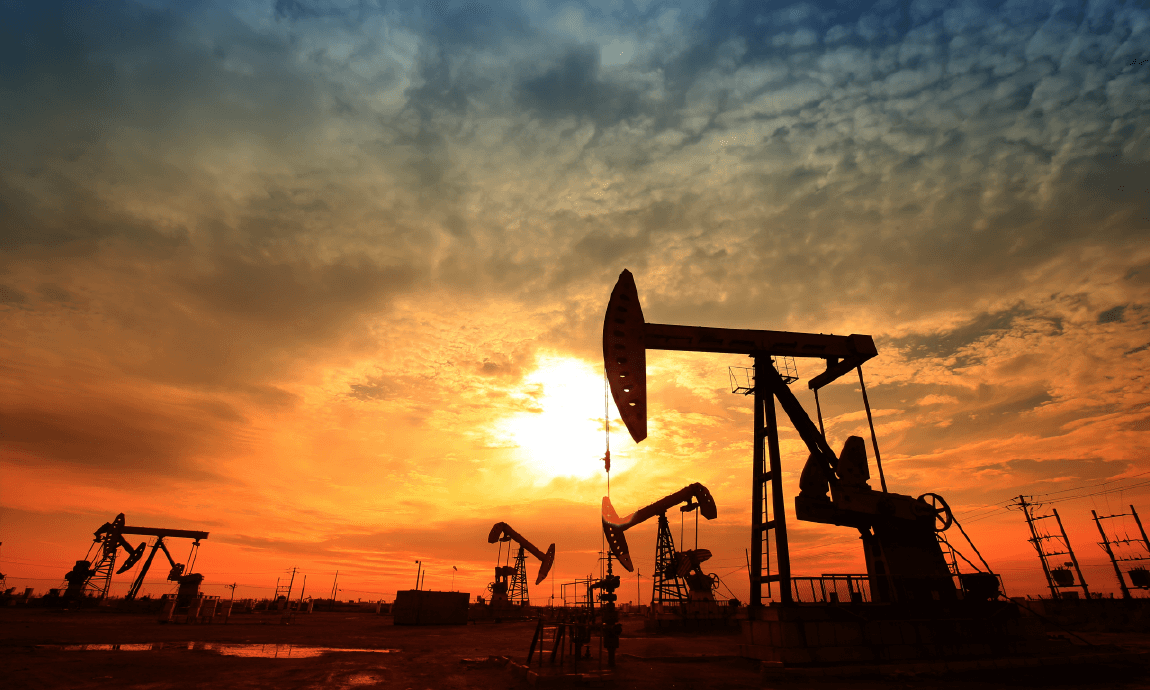 Energy markets have remarkably recovered in May, upon signs that the physical oil markets have started rebalancing faster-than-initially expected. Crude oil prices managed to bounce above pre-April lockdowns levels of $40 per barrel, getting support from the massive voluntary production cuts led by OPEC group and its allies, the market-driven cuts from US and Canadian oil producers combined with the gradual recovery in fuel demand as more countries ease lockdowns.

The strength of the recovery rally in oil prices, highlights how fast the fundamentals of oil market have rebalanced after the prices collapsed in April, because of pandemic outbreak and its devastating impact on crude oil demand.

Furthermore, the improved balance in physical market limited the build-up of excess oil inventories, preventing a recurrence of negative oil prices, as happened for the first time in history on April 20, 2020.

The U.S West Texas Intermediate (WTI) is the pricing mechanism for the crude oil that comes from North America and it counts for approximately one-third of the world’s crude oil production. The price of WTI contract for June delivery climbed above $38 per barrel at early June, advancing by more than 250% since hitting a historic bottom of $10 per barrel on April 22.

The oversupply conditions combined with the lack of fuel demand and storage capabilities, sent the price of WTI contract for May delivery into negative territory for the first time ever, settling at $-37 per barrel on April 20.

The Brent crude oil benchmark which is pricing the two-thirds of the world’s oil production, rallied above $40 per barrel over the same period, after it bottomed at two-decades low of $16 per barrel.
However, both contracts’ prices were still down 40% from their pre-pandemic levels of $60-$70 per barrel, despite the impressive recovery rally during last weeks.

The massive voluntary cuts in production from OPEC+ alliance, which took effect on May 1, combined with production shut-ins in US and Canada, will play a catalytic role in the rebalancing of the oil market in the next months. It is estimated that more than 13 million b/d will be cut or shut-in during second quarter of the year, weighing on the crude oil fundamentals and accelerating the market’s recovery.

To address the oversupply conditions and the damage from the pandemic-related collapse of oil demand in March and April, OPEC+ alliance, led by Saudi Arabia and Russia, agreed to the largest ever international coordinated production cut of 9.7 million b/d for May and June 2020, which represents the 10% of total global demand. Under the agreement, the cuts will be gradually reduced to 7.7 million b/d in the second half of 2020, and then to 5.8 million b/d from January 2021 through April 2022.

OPEC members will meet again at early June to discuss the extension of May and June cuts of 9.7 million b/d for another one or two months. In this way, OPEC will speed up the restoration of the balance in the oil market by ensuring an effective drawdown of global inventories.

To further support the recovery in oil market, Saudi Arabia surprised the market, by announcing additional cut of 1 million b/d, starting from June 1. That would bring the country's total daily production to 7.5 million b/d, the lowest level since 2002, and much lower than the 12.3 million b/d production at the end of April.

Oil markets will be also supported by signs of discipline among OPEC members to carry through with their reduced production quotas. Russia, which previously had a history of lagging in compliance, has reported that its output dropped to the quota of 8.5 million b/d for May and June, agreed under the supply cut deal with OPEC. However, Iraq and Nigeria, both laggards in previous OPEC+ cuts, have shown lower compliance with the curbs implemented since May than other OPEC producers.

Numerous US and Canadian oil companies have reacted immediately to the extremely low WTI oil prices by reducing their output in 2020, decreasing active oil rigs and cutting capital expenditures for 2020-2021. According to the US Energy Information Administration (EIA), US production finished May averaging 10 million b/d (two-year low) with an overall drop of 3.1 million b/d from the record production of 13.1 million b/d at end-March.

Another fundamental indication of lower US supply in the future, was the weekly rig count data from energy services firm Baker Hughes, which showed that US drillers closed nearly 450 rigs since March, when virus lockdowns began.

Global oil demand is expected to recover in the second half of the year, as the gradual easing of lockdown measures around the world and the lifting of travel restrictions, will increase the petroleum consumption.

Countries with high oil consumption, such as China, the United States, Germany, India, and Japan, are preparing to restart their business and industrial activity, which will increase the demand for gasoline, diesel, petrochemicals, and electricity.

China's latest positive macroeconomic data has boosted investors' expectations for a recovery in Asia's largest economy, which will boost global oil demand. Oil consumption in China has already returned to pre-pandemic levels of 13 million b/d, while crude imports have risen since April.

However, the recovery of global demand to pre-pandemic levels of 100 million b/d, is expected to be slow and gradual, as the jet fuel consumption in the aviation sector is expected to be fully restored by 2023.

Overall global oil demand collapsed by as much as 30 million b/d or 30% of global oil consumption on April, and 18 million b/d in May, during the period of social distancing and lockdown measures. The pandemic has eroded demand for fuel as billions of people stopped using public transportation, causing the biggest oil demand shock in history. According to the data, global demand for jet fuel (kerosene) is estimated to have decreased by 50%, for gasoline by 30%, and for diesel by 20%.

Concerns about global oil storage capacity will be reduced in the next months, as the synchronized supply cuts from major producers together with higher fuel demand, will cause a supply shortfall in the second half of the year, which will allow inflated storage volumes to start being drawn down.

According to EIA, the US crude stockpiles in the storage hub of Cushing, Oklahoma were still rising but their growth has slowed due to balancing supply and demand in the US.

Oil prices will get a boost by the further signs of declining gasoline and distillates stockpiles amid the expected rise in the gasoline and jet fuel demand as more people will start using their cars and airplanes to travel around the world, after the re-opening of global economies.

The lower inventories in Cushing, might be one of the drivers for WTI’s relative outperformance against its international rival, Brent, over the next months. Brent-WTI spread has already reduced to below $3 per barrel, an indication that demand for WTI is rising relative to Brent at a time when US output is falling.

“Balance of Terror”: Restart and fear of a second wave of infections

The oil market will be closely monitoring the new reality, the “balance of terror”, whether global governments can ease the lockdown measures without sparking a resurgence of coronavirus outbreaks.

A second wave of the pandemic would likely be a major risk factor to energy industry, triggering a second round of declining demand for petroleum products, which will lead to further destabilization of energy markets, adding pressure in the oil prices.

The example of countries such as China, Germany, and South Korea, which have seen an increase in cases after the lifting of restrictive measures, shows that restarting the world economy will be a long and fragile process.

The discovery of a vaccine for coronavirus will be the most important catalyst for global oil demand to return to its pre-pandemic levels of 100 million b/d as long as humans will be able to drive and travel without any restrictions.

Crude oil prices have already received support during the last weeks amid optimism that the scientific community has made progress in making a vaccine for coronavirus.

Scientists around the world have focused on the discovery of an effective vaccine against the deadly virus, so that social and economic activity can return to pre-pandemic levels. According to scientists, the vaccine is expected in the second half of 2021.

However, in the event of a recurrence of the coronavirus pandemic before the vaccine was found, it would require new restrictive measures, causing downward pressure in oil prices.

Geopolitical risk: Trade tensions between the United States and China

The resumption of trade tensions between the world's two largest economies, United States and China could be harmful for the oil markets. A renewed trade dispute could reduce global economic growth and damage the recovery of oil demand just as it edges back in the wake of the global shutdown to combat the coronavirus.

The United States was considering sanctions on Chinese firms and officials over the treatment of the semi-autonomous city of Hong Kong. The U.S administration will react to China’s national security laws for Hong Kong and Macau, while, in return, China threatened to retaliate against any U.S. actions, which could include sanctions.

China announced plans to impose a new national security law on Hong Kong, after months of anti-government protests. The Chinese decision increased worries that the new law will give Beijing more control over Hong Kong, a former British colony that returned to Chinese rule in 1997 and threatens to spur further pro-democracy protests.

Our base case scenario calls for a further tightening of the global energy market over the rest of third quarter, which will be continued into the fourth quarter of 2020.

The scenario is based that the ongoing massive production cuts from world’s largest oil producers will ease sharply the pressure in global storage during the summer months.

Furthermore, we expect an improvement in the global fuel demand, driven by the rise of gasoline consumption during the summer driving season and the recovery of jet fuel demand as many airlines will resume flights around the world in the following weeks.

The key question will be whether, as crude oil prices rise above $35-$40 per barrel, producers in countries like US and Canada, who have breakeven prices near $30 per barrel, will resume production as they need cash to meet their lending agreements and cover their operating costs.

We also expect price volatility in the energy sector, after the resumption of the trade tensions between US and China over Hong Kong status. A possible trade war could threaten the prospects of a rapid global economic recovery after the pandemic, weighing on global oil demand, as China is the world’s largest consumer for petroleum products.

To sum up, we expect that the energy markets will still have a long way to go before rebalanced, as we cannot rule out the risk of a second wave of coronavirus outbreak with further lockdowns. However, the discovery of a vaccine will be a bullish catalyst for the global oil demand, as it will allow people to drive and travel without any restriction.